A top Sire for Udder Depth...( the No.1 type trait predicting Longevity)

High Reliability (AI proven in the U.S. and Switzerland)

* official data from Switzerland and USA

Ensign's best son over several summaries.. much higher components than his sire. CONQUEST has been No. 1 for most of the important traits for the last sevral years... these are his current  rankings! Allow him to improve these  important traits in your herd.

The only Ensign son from Connie 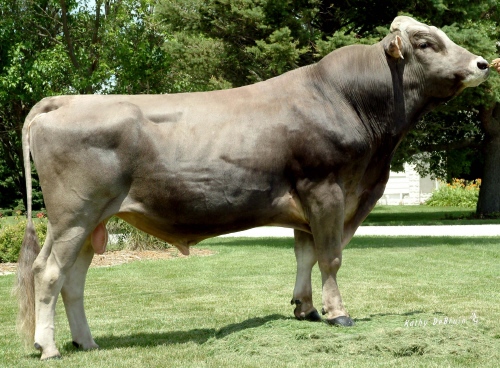 ALL old bulls like Conquest  born 23 years ago end up minus on their proofs like every other bull,with 4 base changes! A Great bull in his day and today.

Breeding guide:  CONQUEST will improve Stature, Strength, Body, and Dairy Frame;  Rump Angle, slight slope, thurls are wide.  He will straighten rear legs, both side and rear view, and has outstanding foot angle.  CONQUEST is an outstanding overall udder improver.  He is a breed leader in Fore Udder and Teat Placement improvement.  The Rear Udders are high and wide, Udder Depth and Udder Cleft are exceptional.  He will shorten teats.  He's the breed's best for Functional Type Index and Productive Life +5.20  He is also a milking speed improver.

Note: the linear trait ...R. Legs side view, below is a two way trait. Conquest is an outstanding sire of legs and feet and is a top bull on Udder Comp. and Foot and Leg Composite.

Mating guide:  CONQUEST is an overall High Component Production and Type improver. He will sire All-American show type results and EX(94) pt. cows, like his two nearest sires Ensign and Dotson. Most importantly he is siring beautifully uddered, FAST Milking Speed, healthy young cows that will last (was +6.00 Productive Life). Use him on dtrs of COLLECTION, DALTON, GORDON , PRELUDE and EMORY daughters and gr. dtrs and others needing overall improvement. 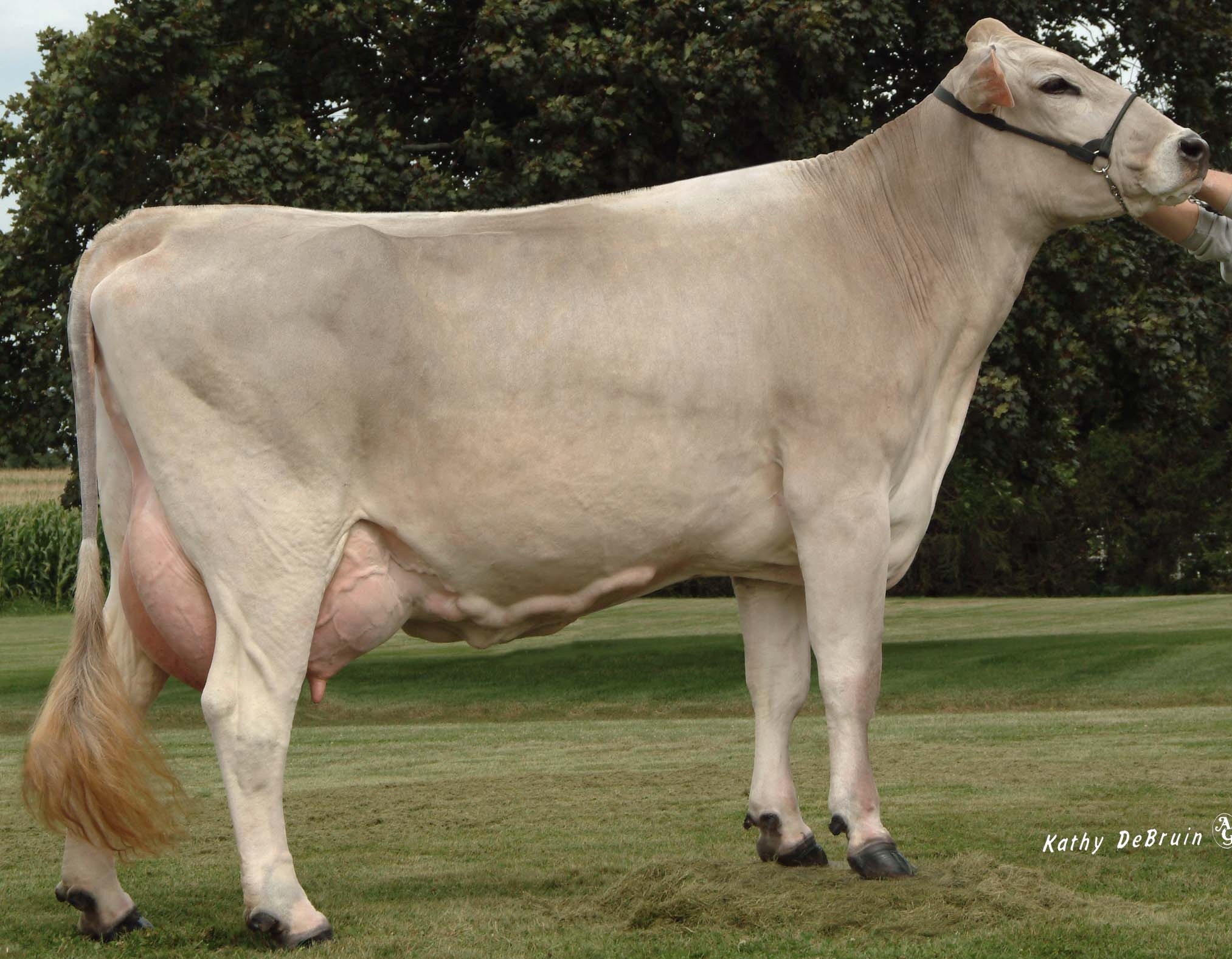 More CONQUEST Dtrs. in Switzerland
REQUEST is a CONQUEST son from a COLLECTION daughter.  Likewise, Jewelquest is from a similar mating.

CONQUEST is considered one of the most outstanding  new sires in the Brown Swiss breed today!   Why?... for several reasons. First....he's now the No. 3 Udder Improver !No. 1 in several  other categories as noted above.The majority of his dtrs. have scored Very Good ,as 2yr.olds avg. VG(86) mam!

His sire, ENSIGN, is dead, with very little semen available; it has sold sells for up to  $375.00 per unit in the U.S., and previously sold at auction for $300.00 per unit in Switzerland.  ENSIGN, one the breed's All Time Great type and udder improvers, has many outstanding offspring, including All-Americans, and EX(93) and EX(94) cows.  The 1999 All-American and the $30,000 Res. All-American, now EX(94) 5-year-olds are sired by ENSIGN.  If you were to improve ENSIGN's on the average, they could be a little bigger, with higher butterfat test.  CONQUEST's dam, Connie, is a huge cow weighing over a ton, 62" tall, with 5.1% butterfat test, 4.1% protein, and 1649 lbs. protein, which is the world record for an Excellent cow!   CONQUEST is very impressive, note his new photo above.   He offers the very best genetics available.

Regarding  recessives, his sire, ENSIGN, his pat. grandsire, SIMON and his mat. grandsire, DOTSON, are free of  recessives including SMA  and Weavers. Most importantly like CONQUEST they all had dominant genes for high production and type improvement.

CONQUEST is popular in the U.S. and was sampled in Denmark, also in Switzerland by Swiss AI.  He has a son of Rose, Riki's outstanding daughter,  Flatness Intl REQUEST-ET.  Jill... Milk and Component Queen has a very nice milking dtr. Flatness Intl Jillquest-ET.,completed over 30,000 lbs actual... above.

CONQUEST has a very correct rump structure with pins slightly lower than hips, like his dam, Connie, and unlike most Ensign sons.  He is an excellent  mating on the typical Banker, Gordon, Prelude, Collection,and Emory dtrs. and Gr.dtrs. daughters. He is an outstanding overall production and type improver.

CONQUEST is available around the world now!  He is owned by and exclusively available from Flatness International, Inc.  We are seeking additional authorized distributors.   Contact us today!

Dams of CONQUEST Offspring...we have always believed in him.